Picture this: Richard Branson flies a group of job candidates to his house for an interview. He has an 85-year old taxi driver pick them up at the airport.

Some passengers had been rude, not knowing who he was. Others had even mocked him. No one got the job. (True story folks.)

Branson admits it’s an extreme example, but as he told LinkedIn’s Shannon Stubo during Talent Connect, the story shows just how much he values personality in hiring decisions and in his employees.

Having good people skills is one non-negotiable for Branson. Here are two of his other guiding principles: 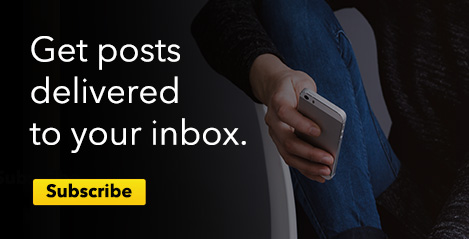 A serial risk-taker himself, Branson looks for other radicals. “We want people who delight in taking risks, who aren’t afraid to fall flat on their faces.” That’s because those are the people who will achieve what’s never been done before.

Taking risks inevitably involves failure, and Branson is the first to admit that he’s had some. (Virgin Brides anyone?) But when he talks about them with such candor and humility, it is easy to see his resilience and why he’s so successful overall.

“I will do everything in my power to avoid failure. But if I do fail, literally the next morning, it is out of my mind. I try to learn from things that don’t work out, but I’m on to the next project right away.”

Branson looks for the maverick in prospective employees. One way he does so is by hiring from within. This way he can see a prospect’s risk-taking track record first-hand, and understand his or her other strengths and weaknesses more easily.

“Look for the best in people and you’ll get the best back.”

Branson “was a born optimist.” He exudes positivity everywhere, and it’s a quality he looks for in others.

He spoke about the time he learned an employee was stealing records from one of his music stores. After meeting with him Branson realized he rebelled in good ways too, so he didn’t fire him. The employee not only stopped stealing, but went on to do great things for the company.

In a similar vein, Branson always chooses to move an underperformer to a more suitable role within the company rather than terminate them outright.

He also likes to promote above what employees expect, and that has served him well. He shared how a cleaning staffer at one of his recording studios went on to become its Managing Director. Similarly, a receptionist in the Canadian office ended up running Virgin’s entire charitable foundation in that country.

One way Branson measures optimism is by observing how much someone praises rather than criticizes. Cheerleaders motivate employees far better than critics, he reasons, so he wants only the former in his companies.

For Branson, three of the most important traits in employees are:

He’s not a recruiter per se, but Branson is surely in the business of talent. So since he’s a super happy self-made billionaire, maybe it’s time to think about (or revisit) the personality traits that you need most in your organization, and consider giving them more importance in your hiring decisions.