Business schools, a big source of talent for the banking industry, are reporting an interesting trend. The number of students graduating and going to finance and banking is shrinking, at the expense of students going into high tech jobs.

With this trend in mind, we decided to take a look at LinkedIn data and see how banking talent is faring. We picked a period of 6 months, between January and June 2015, and looked at LinkedIn members who started or left jobs in the banking industry. The members were located in one of the 6 major financial centers – New York, London, Paris, Zurich, Frankfurt and Hong Kong.

Here is what we found:

1. Paris is the financial center drawing the most new banking talent

Perhaps the most surprising data we found in our analysis was that the number of bankers in Paris increased more than in any of the other five cities, with New York City second. 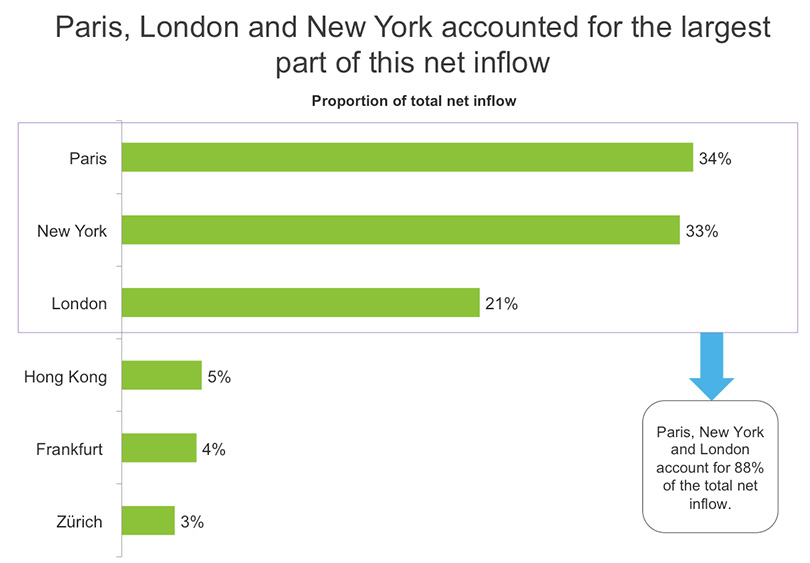 Aside from Paris leading the pack, you see that New York City, London and the French capital are responsible for 85 percent of all the net job growth in the banking industry in those six cities; with Zurich, Frankfurt and Hong Kong owning a mere 15 percent.

2. Considerable number of professionals move between banking and financial services

Next, we looked at the previous industry of new people hired into banking, and unsurprisingly many came from related fields: 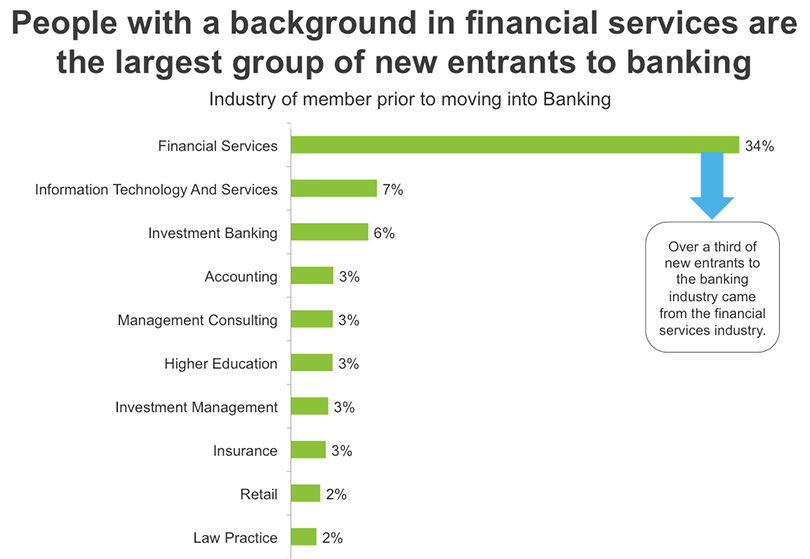 On the flipside, when bankers leave they usually head to financial services: 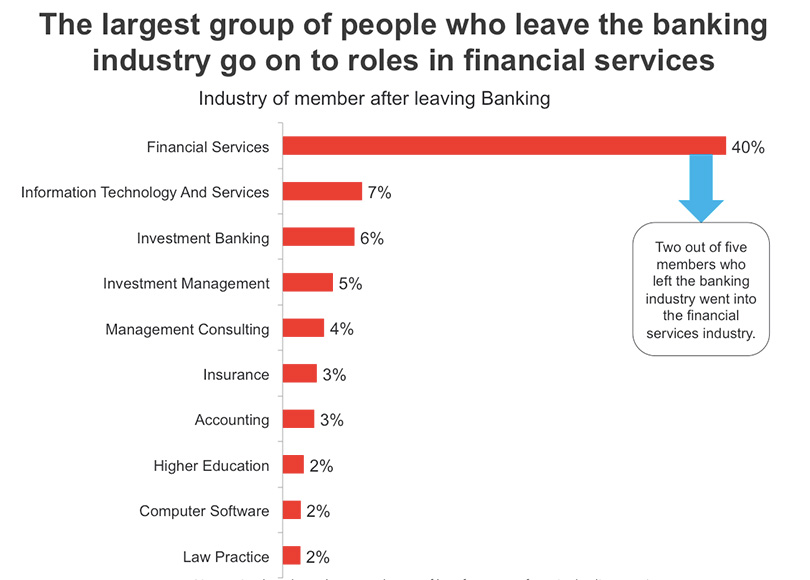 3. Most people hired into banking have general skills, most who leave have specific skills 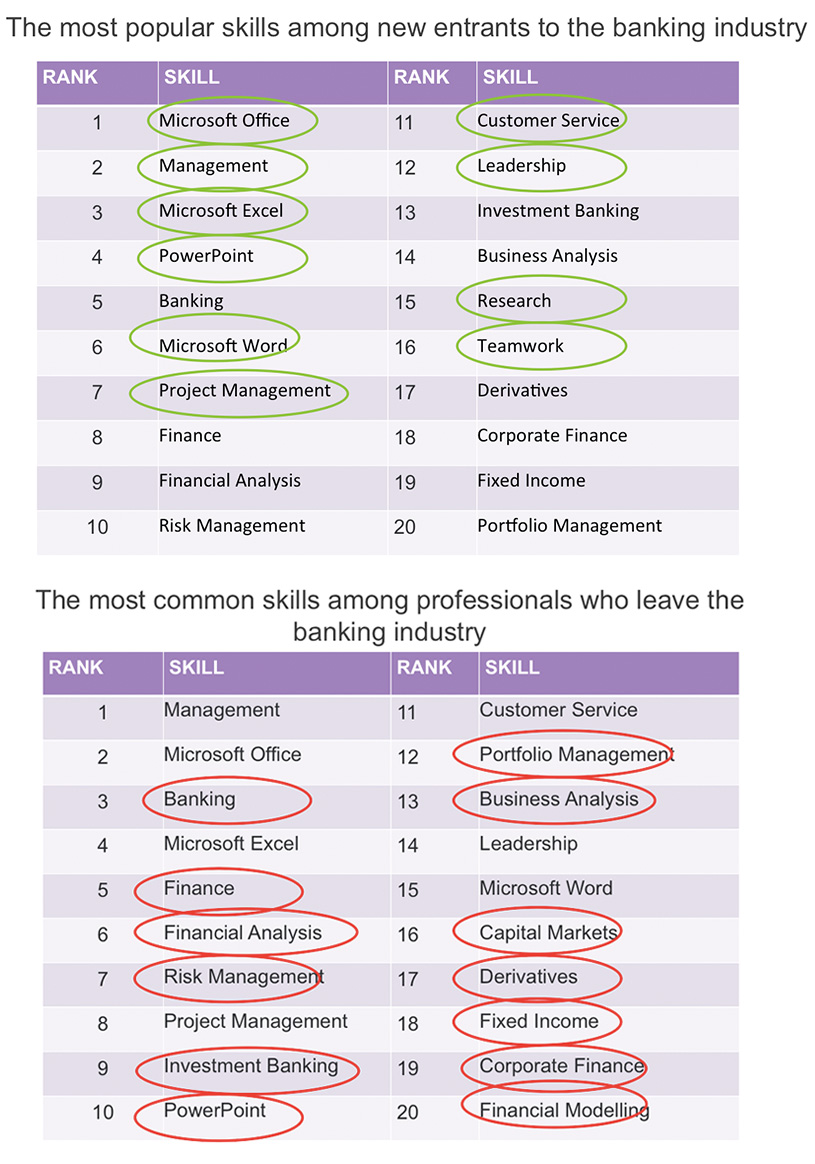 What this means to recruiters

For recruiters in banking, the lessons are clear: search for people who have a general skill set, as opposed to a more specialized skill set. Additionally, if you are looking to expand your banking talent pool, Paris may be a great place to look – the influx of banking talent there is noticeable. Finally, it’s worth keeping tabs on talent from financial services because this sector is a major source of new hires for you.

For recruiters outside of banking, this is an example of how hard data can help you recruit. For more information about your specific industry, check out LinkedIn’s Talent Pool Reports.