These are the Peak Times Candidates View and Apply to Jobs

Writing a great job post is a feat on its own, but it turns out so is getting people to apply to it.

Currently, unemployment in the U.S. is at a post-recession low, hovering around 5% (down from nearly 10% in 2009). The situation in Europe is similar with unemployment figures down to 10% from above 12% in 2013.

While this has brought on a lot of exciting work for recruiting teams and staffing agencies, it also means that the competition for talent is increasing.

In fact, at this very moment we have around 6 million jobs posted on LinkedIn, with this number more than doubling in the last year. That’s a whole lot of jobs popping up in front of candidates and a whole lot of competition.

So what can you do as an employer, hiring manager or recruitment agent to make sure that your jobs get views and applies?

To figure that out, we looked at the jobs posted by the top 15 European and US staffing agencies, based on market capitalization. We were hoping to see if there is a pattern that indicates when Linkedin members are more likely to view and apply to jobs posted.

Here are our fascinating findings:

1. Monday through Wednesday are the most popular days for candidates to view and apply to jobs. 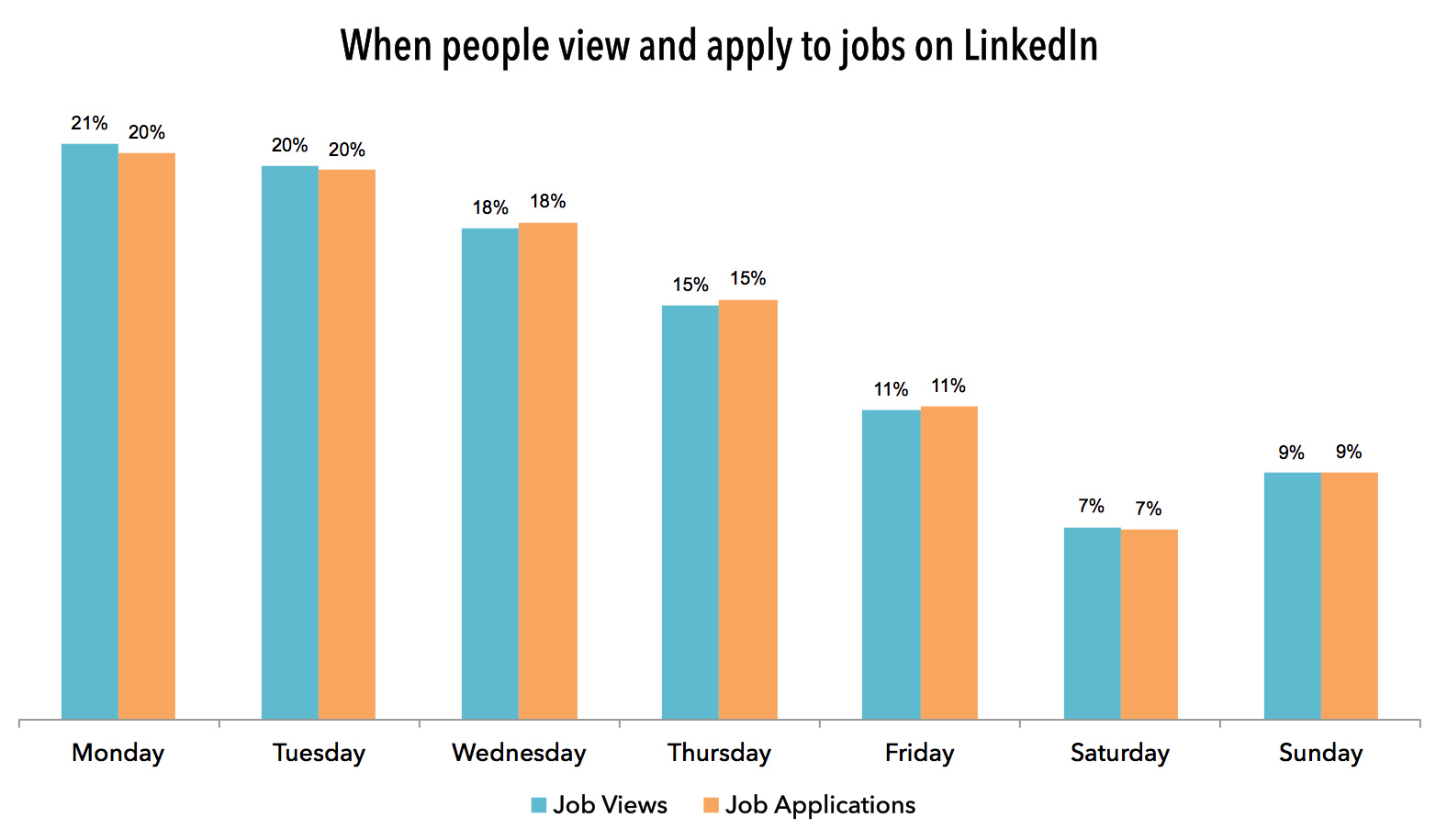 Monday is the most popular day to view and apply to jobs on the Linkedin platform. Is this because employees become sullen upon returning to the office after their weekend? Tuesday and Wednesday also over-index in terms of job views with a progressive drop off from Thursday through to Saturday.

What this means for recruiters:

This pattern suggests that the day you post your job on LinkedIn matters. However, rest assured you will not need to start working on Saturdays to optimise your job posts. LinkedIn’s job posts are proactively distributed to relevant candidates regardless of the day of the week, ensuring that time of posting does not affect the quality of the candidates who apply.

So when is the best time of week to post on LinkedIn? The answer is, when it suits you, because our algorithms optimise the post to be seen by the candidates with the right skill set.

2. Job applicants are most active in September and October, which leads to a big influx of new hires in January. 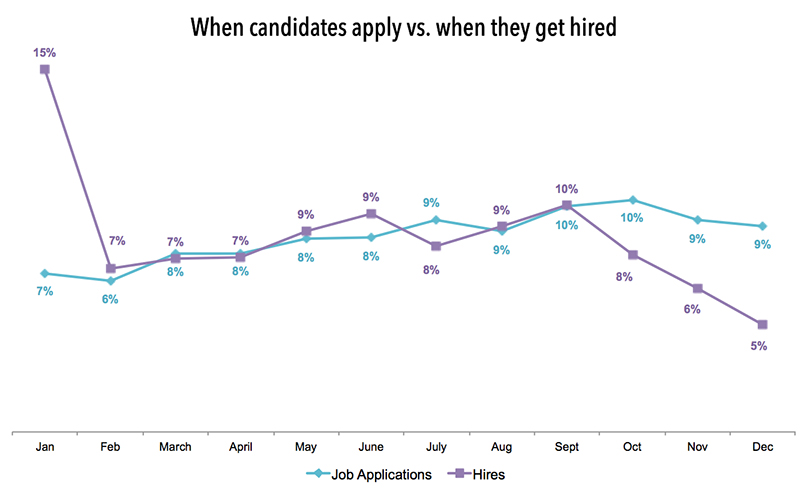 January sees the largest spike in new hires in the year. Interestingly, applications for jobs do not spike in December, rather they increase 3 months prior in October. This suggests that, contrary to popular belief, candidates are not moving in January because of a ‘New Year’s Resolution’, but rather as a conscious thought in the later stages of the prior year.

What this means for recruiters:

Since applications peak in the fall, you should have your headcount for the following year planned by that time. This will both allow you start the New Year with a strong hiring roster, and also resource your recruiting team properly to handle the application volume.