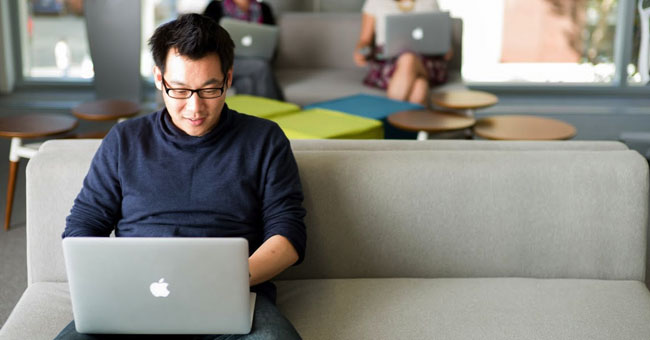 A key part of Cetera Financial Group's marketing is aimed at attracting financial professionals to join one of its firms. “We’re always looking for new ways to increase our exposure with financial professionals, but we didn’t want to stop there,” said Eric Hansen, Director of Demand Generation Marketing at Cetera. “We wanted new and innovative ways to reach more of our target audience and drive engagement beyond email alone — to consistently personalize communication with them after they’d visited our website or given us their information."

To reach more of their target audience, Cetera employs a comprehensive full funnel marketing approach. In the upper funnel, the company uses targeted display and social 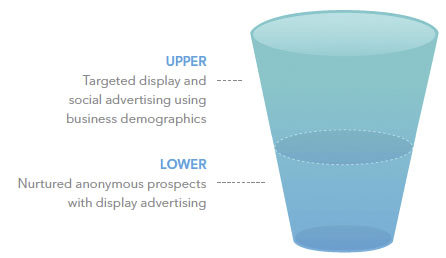 advertising to reach hundreds of thousands of financial professionals wherever they are online. Using anonymous business demographic data, which can identify whether Internet users are in the financial industry, what their job title is, and the size of their company, Cetera ensured that its ads were only seen by its most coveted audience — professionals in financial services who worked at micro-sized companies with fewer than 20 employees.

“We have people coming to us, saying, ‘I feel like I have to talk to you guys, because I see Cetera everywhere online,'" Hansen said.

The metrics showed that the upper funnel portion of the strategy was working. Net new visitors, engagements levels, clicks, and conversions all increased. In just three months, the upper funnel campaign drove more than 900 new visitors (previously not known) in financial services to the Cetera website.

In the lower funnel, Cetera nurtured both its known and unknown prospects to drive conversions. The company uses Oracle’s Eloqua marketing automation software to nurture its known contacts via email. Using Eloqua, Cetera segments its audience and automates email to the prospects and customers who have shared their email address.

But Cetera also wanted to nurture prospects who did not regularly open emails and prospects who had visited the company website but did not share their email address. With multi-channel nurturing, Cetera synchronized display and social advertising to its existing email nurture campaigns. As Cetera’s known contacts received emails week after week, they were also receiving display and social advertising that had messages similar to that of the email as they traveled around the Internet and visited social networks.

Cetera also used multi-channel nurturing to keep communications alive with its anonymous website visitors — those who hadn’t yet submitted their email address to Cetera via a completed form. These anonymous prospects were placed into nurture campaigns that delivered display and social advertising as these prospects traveled around the web. Based on the anonymous business demographics of the website visitors and on the portions of the website they visited, Cetera delivered ads that were personalized to the prospects’ interests.

Analytics showed that visitors, both anonymous and known, who had been nurtured with display and social advertising viewed more web pages and visited the site more often than visitors who hadn’t been nurtured.

Cetera said that its return on investment analysis indicates that this full funnel marketing campaign drove about $1 million in new business.

“The results we’re seeing right now are a product of adding display and social advertising into our overall nurturing strategy,” Hansen said. “We can reach prospects anywhere online and make every interaction with them more personal and relevant throughout the buyer’s journey.”