How Airbnb is Working to Eliminate Bias From Its Interview Process

In 2014, Airbnb gave their candidate experience a huge makeover - one that was focused on making the interview process delightful and personal for every candidate.

“Our focus was on things like what can we give them at the end of the process to surprise and delight them?” says Jill Macri, Airbnb’s Director of Global Recruiting. This included things like swag and gift-baskets - little touches to make them feel warm and fuzzy.

This is something companies - especially in tech - are doing more and more. And while there’s no doubt candidates love it, Jill and team realized that the best candidate experience isn’t about the goodies. “We realized that the way we can give the best experience is by making sure our candidates are going through a fair and objective process and that we are really using their time well while they are here,” says Jill.

That’s what led them to give their candidate experience a second makeover - one that would focus on avoiding unconscious bias in recruiting and help them hire more diverse teams. “While gift-baskets and swag are delightful, what’s most important is how someone feels and that’s tied to objectivity,” she says.

To find out the steps they are taken to mitigate bias in recruiting, Brendan Browne, LinkedIn’s Head of Recruiting, caught up with Jill and Amanda Ulmer, Data Science Recruiting Lead at Airbnb, in this week’s Talent on Tap episode:

Through this process, Jill, Amanda and team have learned some valuable lessons for developing an interview process that allows them to be objective and hire the very best candidates - not just the people they’d want to hang out with. Here are their tips for any company looking to do the same:

1. Benchmark what's going on with your interview process before making any changes

An overhaul of your process might seem daunting. Where do you even begin? The team at Airbnb says start by looking at your current process.

Chances are, your company already has some of the data you need. If you’ve been collecting candidate feedback already, use it (here is an example of how Citrix uses NPS to measure candidate feedback). If you haven’t, there’s one simple way to get it--speak to recent hires! What did they like about the interviewing process? How long was it? How did they feel at various touchpoints? Use what’s already at your disposal and collect more as you go along--that way, your changes can be guided by hard data, not blind guesswork.

2. Decide what competencies are needed for success in the role and stick to them

Figure out exactly what attributes and competencies you’re looking for in a candidate before they enter the interview process. Sounds basic, right? According to Jill, doing this is less common than you might think.

“It’s actually hard to do, especially when you’re in a fast growing company,” she says. “But the more you can figure out what the objective criteria are before launching into the interview process the more fair and less prone to bias your interview process is going to be.”

This means sitting down with hiring managers and thinking through what are the must-have attributes for success in the role. You can get started 6-step interview prep process. Whatever list of criteria you come up with, be sure to stick to it for every candidate for that role. That way, you’ll know you’re hiring based on requirements, not internalized bias. 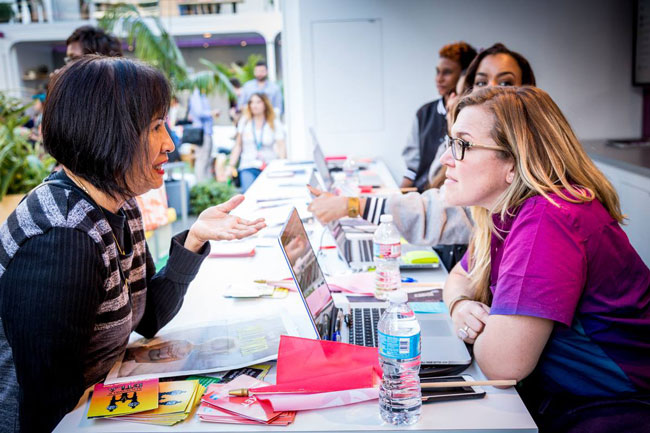 3. Get everybody to agree on what the right skillsets for roles are and create a scoring system

Once you know what you’re looking for, you can take steps to remove bias in your decision-making.

“It starts with making sure that the interview process has specific rubrics and scorecards that are aligned directly with the skills that we need,” says Amanda, “and then training everyone to make sure that they’re calibrated on what that looks like and how to evaluate candidates. We try to avoid bias whenever possible. Ultimately, we want every candidate to be treated fairly.”

With your whole team on the same page, moving candidates through the funnel becomes a smoother, fairer, and more efficient process. 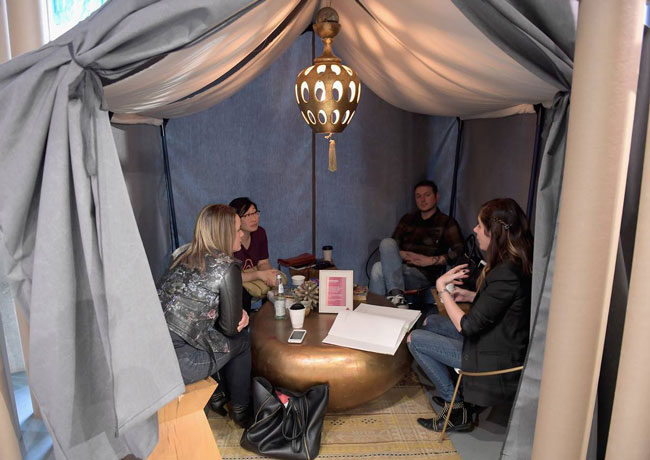 4. To avoid bias during the interview, avoid looking for common interests and passions

Start from a place of pure objectivity by removing names wherever possible when the funnel is widest. After all, it’s a lot easier to make objective decisions in the initial stages (when names and experiences can be masked) than when an applicant is standing in front of you and shaking your hand.

Once the candidate is on site, things get trickier. Almost all of us make snap judgements when we meet someone for the first time--you might not even realize you’re doing it. So how do you ensure your interviews are bias-free zones?

One thing that Airbnb realized they needed to stop doing was encouraging interviewers to make personal connections with candidates. Interviewers were previously instructed to look at the passions and hobbies listed on a candidate’s resume before an interview, and spend the first five minutes using that information to connect with them. It seems friendly, a great way to put everyone at east, and perfectly harmless, doesn’t it? Apparently not.

“We thought that was a really strong way to start an interview,” Jill says. “But it turns out that actually the best way to bias yourself in an interview is to find the commonality and start there.”

While it might seem intuitive to start by finding common ground, Amanda and Jill agree that it does more harm than good. If you're only connecting with people who share your background and experiences, you'll end up hiring people exactly like you. And what happens to the candidates you have nothing in common with? That person who’s the polar opposite of you might be fantastic in the role, but subconsciously you’re already writing them off as a bad fit.

Amanda recommends using other, simpler methods to help candidates feel at ease, like telling them about your role, giving them information on how the day will go, checking if they want a cup of coffee or a glass of water before you begin, or if they need a break during a long session.

5. Make yourself and your team aware of your own unconscious biases and how to prevent them from entering the equation

Unconscious bias training is something your recruiting team needs, Jill and Amanda believe.

“There’s no way you can keep people in a bubble throughout the whole interview process,” says Jill. Eventually, people will meet in person--and unless interviewers have the tools to evaluate their potential prejudices, some candidates will be at a disadvantage.

Airbnb has trained all their recruiting staff about unconscious bias, and some are now able to teach others. But if you don’t have the budget, “There’s so much research out there,” Amanda advises any recruiters unsure how to begin. “You don’t have to necessarily put money into that kind of thing.”

How have higher-ups at Airbnb responded to the changes implemented by the recruiting team? Very well, according to Jill. The changes have generated positive results, and the company is seeing the positive changes in diversity and candidate experience.

Jill also notes that the focus on eliminating bias has paid off in another way: “We were building more diverse teams, but also creating a better candidate experience because of it,” she says. And that’s something every recruiter can get behind.