Kimberly Bryant had just picked up her 10-year-old daughter Kai from a summer camp program that taught kids to code by creating their own video games. Kai was following in her mother’s footsteps: 30 years earlier, Kimberly studied computer science and earned her electrical engineering degree as a black woman in a cohort of mostly white men.

As they drove home, Kai excitedly told her mom about everything she learned and built. But then Kai told her something she didn’t expect: the instructor didn’t pay much attention to Kai or the other two girls in the class—she felt ignored and isolated.

“At that moment in traffic, I wanted to pull over and break down,” says Kimberly, speaking at Talent Connect 2017. “I had the exact same experience in my freshman-year engineering class. I remembered raising my hand, but never getting noticed and feeling invisible.”

Kimberly realized that her daughter was one of only three girls in the class of 35—and the only student of color. “It was the first time I recognized that my daughter might have to follow my footsteps—and that wasn’t an easy path,” says Kimberly. “I had no idea how I was going to do it, but I determined then and there to create a better, easier path for my daughter and girls like her.”

She soon founded Black Girls CODE, a nonprofit dedicated to empowering girls of color with the computer science skills they need “to become leaders in STEM fields, leaders in their communities, and builders of their own future.” 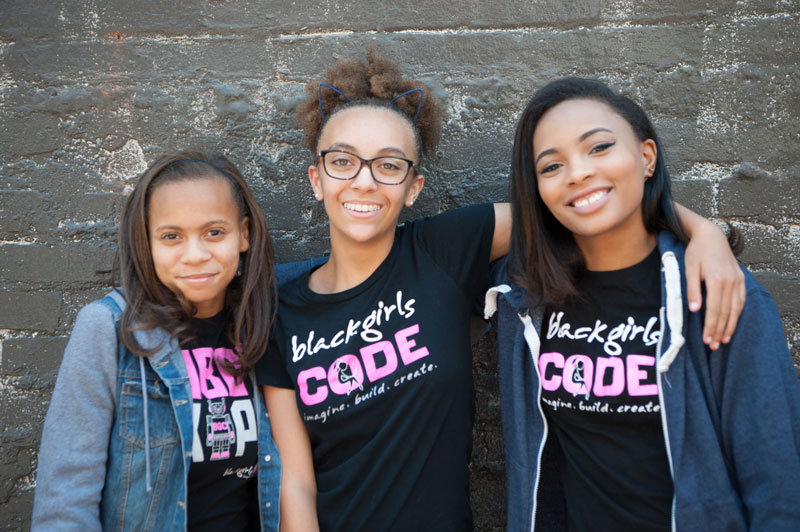 At Talent Connect 2017, Kimberly discussed her mission to transform the tech talent pipeline by empowering women of color, the progress her organization has made, and how recruiters can make a difference.

While the gender gap has shrunk in many STEM fields, it’s only gotten wider in computer science since the ‘80s—especially for women of color

In the 1980s, women were about 35% of undergrads studying computer science. Today, that number has plummeted to less than 18%—and the situation is even worse among women of color: black women represent just 3% of comp sci students, and Latina and Native American women together account for just 1%.

But Black Girls CODE is set on changing that.

Kimberly emphasized that it’s not only a matter of representation—women of color are missing out on a huge economic opportunity. In 2015, there were half a million new computing jobs, but fewer than 40,000 comp sci grads to fill them. By 2020, there are expected to be 1.4 million computing job openings in the United States.

Black Girls CODE’s goal is to make sure more girls of color are in the pipeline to benefit from this thriving sector. The organization teaches girls of color (ages 7-17) skills that they can use to thrive in the new economy and shape their communities—from things like web design and mobile app development, to game design and virtual reality programming.

Kimberly’s organization hopes to train one million girls by 2040—and they’re well on their way.

What began in 2011 as a six-week after-school program attended by just eight ambitious girls has now flourished into a massive organization that’s reached over 9,000 girls, with chapters in 13 cities across the United States and one in Johannesburg, South Africa. Kimberly’s nonprofit recently raised over $150,000 from crowdfunding and received more than $250,000 from GM to launch a new chapter in Detroit. 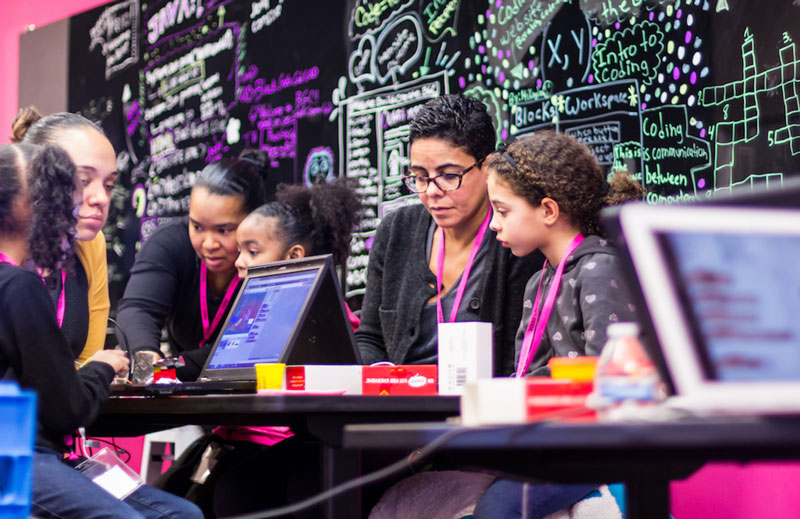 Not only does this set girls up for success in their careers, Black Girls CODE has also seen its students use tech skills to create social impact in their own communities.

Take the Ohana app, a Black Girls CODE student project that was named a finalist for the International Girls Hackathon. Ohana aims to help prevent abduction and sexual assault by connecting to wearable device that allows girls to alert friends, family, and authorities in case of emergency.

How the tech industry can help girls see themselves as leaders

Diversity is one of recruiters’ top priorities: 82% of talent acquisition leaders say diversity is the top trend shaping the future of recruiting and hiring talent, according to LinkedIn’s 2018 Global Talent Trends Report (published in January 2018). Most talent professionals know about unconscious bias and the infamous studies showing that resumes with traditionally white names get up to twice as many callbacks from employers than equivalent resumes with traditionally black or Asian names. We’ve covered how recruiters can combat bias through blind hiring, establishing clear criteria, and changing a whole host of processes.

While it’s incredibly important for recruiters and talent professionals to recognize those biases, Black Girls CODE also fights the internalized bias that might prevent young girls of color from pursuing their interests in technology. She points to a study that shows over 50% of middle school girls express an interest in computer science—but by high school, fewer than 2% plan to major in it.

Tech companies can help reshape tomorrow’s talent pipeline by supporting organizations like Kimberly’s. Over 1,500 people a year volunteer at Black Girls CODE, many of them engineers from the tech industry who act as mentors.

Kimberly shared a recent story of one mentor, a white man working all day with one of their girls at a two-day hackathon event. The student asked if he’d be there on the last day to help her finish her project. “I’ll be here everyday you need me,” he said. 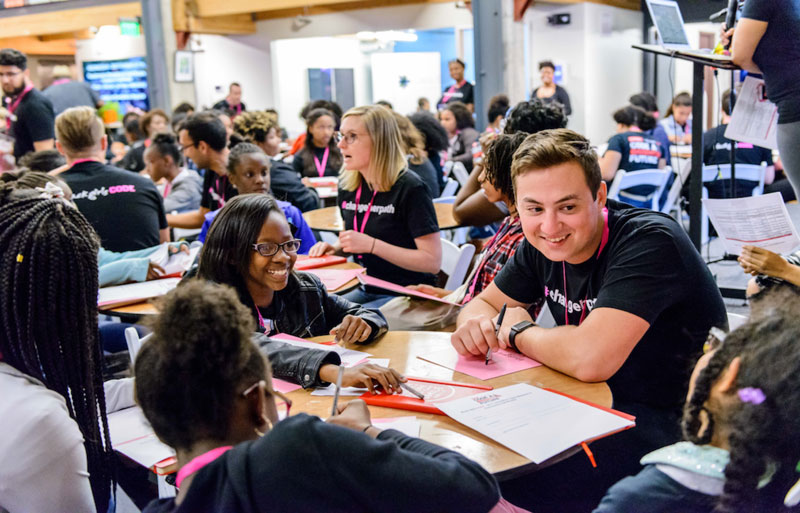 “It was so clear to me,” Kimberly says, “that it wasn’t about the app they were building: it was about the relationship they built. The mentors get just as much from the opportunity as our students do—they become change agents, one girl at a time.”

Kimberly never expected to be the leader of a national nonprofit, but when she saw how dire the situation was, she had to act. That speaks to how everyone can be a change agent in their own lives—whether you’re a talent professional, an engineer, or a social entrepreneur, everyone can make a difference by recognizing challenges and deciding to do something about it.