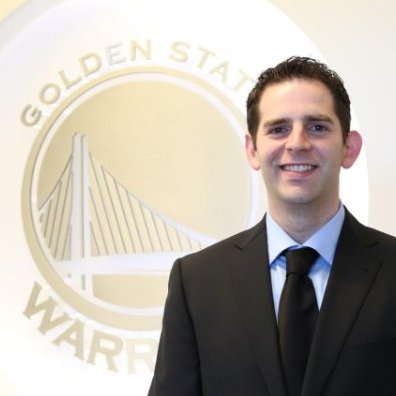 Paul Ratner is the Director of Suites & Hospitality Solutions at the Golden State Warriors. In his current role his main job responsibility is selling multi-year leases in luxury suites for all events hosted at the Oracle Arena. Additionally he is currently involved in pricing Oracle Arena's luxury suites and how the Golden State Warriors position opportunities for suites in the Warriors New Arena in 2018. In addition to this role Paul is an Adjunct Faculty member at The University of San Francisco Sport Management Master’s Program.

In between his current role and prior stint at the Golden State Warriors Paul was a Sales Manager at the PGA TOUR for The Charles Schwab Cup Championship at San Francisco's TPC Harding Park. In that role he was responsible for hospitality and sponsorship sales at that specific event in addition to all Championship Management Events (14 events total internationally). Additional responsibilities in this role included marketing, community outreach, and business development activities for the Charles Schwab Cup Championship.

Paul spent nearly 6 years with the Golden State Warriors from 2004-2010 only to return in May of 2012. In those 6 years where he held various roles in ticket sales, suite sales, premium sales, and even working with the radio broadcasting team. Paul holds a Bachelor of Arts from San Francisco State University in Radio & Television and a Master of Arts in Sport Management from the University of San Francisco.