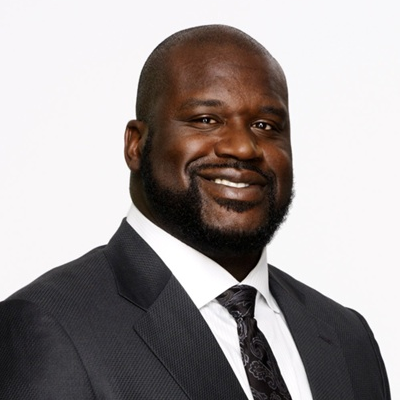 Few individuals ever become iconic enough to be known by one name--Shaq. A revered cultural icon, Shaquille O’Neal is best known for an NBA career spanning nearly two decades and earning him the sport’s highest honors. The four-time NBA Champion, 15-time NBA All Star and three-time NBA Finals MVP has been named the fourth most influential athlete by Forbes magazine, in addition to being the highest ranked NBA athlete on Nielsen’s State of the Media: Year in Sports 2010 and Business Week’s Power Sports 100.

But Shaquille O’Neal isn’t only a legendary athlete; he has also established himself as a powerful media personality and businessman over the years. Ranked among ‘‘The 100 Most Creative People in Business’’ last year by Fast Company magazine, O’Neal is currently an NBA analyst on TNT/NBATV. In addition to being an early investor in companies such as Vitaminwater, O’Neal has managed an increasingly robust personal brand, which has included television shows, a shoe line and social media/tech products. The first verified celebrity account on Twitter, O'Neal announced his NBA retirement via Tout, a new social media app that allows users to tape 15-second video statuses.