You've heard of candidates bringing cupcakes to their job interview or even sending their resume in the form of a candy bar. But, copywriter Chase Zreet might be the first candidate ever to send in a rap music video for his job application.

Chase knew that if he really wanted to work on the Sprite account at the New York-based ad agency, Wieden+Kennedy, he would need to make himself stand out. So, to prove that he was the best man for the job, he wrote and recorded a musical cover letter—in which he rapped about his enthusiasm for the lemon-lime soda. Take a look:

Pretty good, right? In fact, Chase’s lyrical tribute to Sprite was so on point that the video landed him the job. He joined the ad agency’s ranks earlier this month.

To make the video, Chase hired Dallas-based director Jeremy Bartel to shoot it and glided around town on a hoverboard while spitting bars about his copywriting skills. The self-proclaimed “Don Juan Copy Kong Rhetoric King” explains that he’s “pivotal in digital, [his] banners should be criminal, [his] radio is visual, [his] pre-rolls never skipped you know.” He also makes it clear that he’s very flexible—with “no kids or wife, [he] can write all night" (though we hope Wieden+Kennedy won't encourage that).

Perhaps the best part of the video comes when Chase repeats his request to write for Sprite while having two bottles of the drink poured over his head. 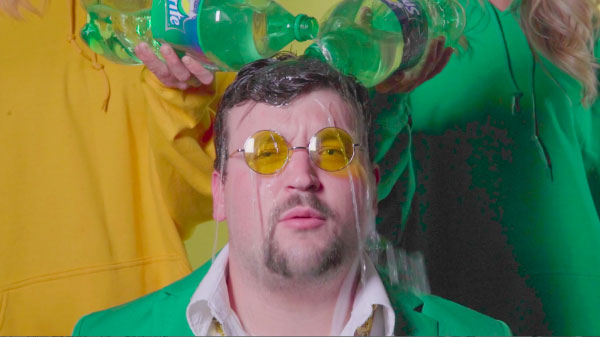 That’s one way to show your commitment to the brand—and the team at Wieden+Kennedy thought so too.

“We like it when candidates want to be at W+K for a variety of reasons, even beyond our work,” Jimm Lasser, the ad agency’s creative director, told AdFreak. “All the better when they use their unique talents to demonstrate this. Chase made a great ad about himself. He persuaded us to invest in him. He won us over.”

Chase is hardly the first candidate to use a creative and hilarious video to get his application noticed, although his production values are pretty impressive. As a recruiter, you really never know what form a great candidate’s application will take.