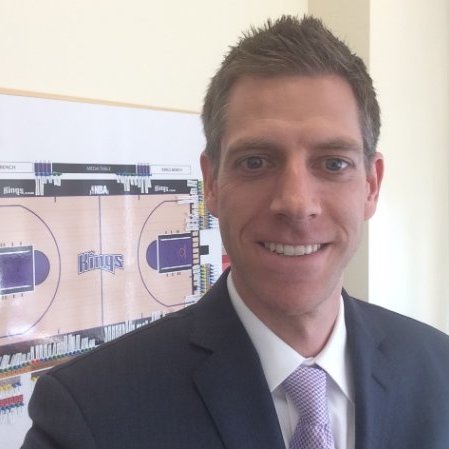 Phil Horn is Vice President, Ticket Sales & Service, at the Sacramento Kings. In his 6th season in this role, Phil oversees all strategy and execution related to selling tickets to all Sacramento Kings home games in an effort to sell the arena out on a nightly basis while maximizing revenue through industry-leading best practices. Recently, Phil has taken on the additional responsibility of leading the team transitioning customers into the Kings’ new state-of-the-art downtown arena, Golden 1 Center, scheduled to open in the fall of 2016. Specifically, his focus is on both premium and general season tickets and the annual retention of these loyal customers, seasonal partial ticket plans, large single game groups and a partnered effort with the marketing team on individual tickets and promotions helping lead the Kings to a top-2 attendance growth in recent years. Phil has championed a “Sales 3.0” philosophy with his team of over 60, leading the way in cutting-edge, disruptive sales acceleration technologies in the sports industry.

Phil has 11 years of experience in the sports industry in sales, strategy and leadership. Previously, Phil spent 4 years with the Portland Trail Blazers cutting his teeth as a Group Sales Account Executive and continuing on to lead the department to league-leading results for several years as its Director prior to joining the Kings in 2010. He has also spent time building his sales skills with Fortune 500 companies in the logistics and mortgage industries as well as working for early-stage companies in the process improvement and software industries. Horn received his Bachelor’s Degree from the University of Redlands with a Major in Sports Administration. He has been married to his wife Danea for 12 years and is a native of Lincoln City, OR on the beautiful Oregon Coast just outside of Portland.